Maniacs, welcome! To kick off Women in Horror Month (#WiHM), I’ve invited the very talented Somer Canon to the blog! Her first novella, Vicki Beautiful, was published earlier last year by Samhain just before their horror line collapsed. However, it is back in print and as beautifully brutal as ever! I urge you to check it out along with her other works, which include Mischief and a short story in the anthology, After the Happily Ever After: a collection of fractured fairy tales, out now from Transmundane Press. Enjoy the interview!

TIM MEYER: Let’s start by telling us a little about your latest book release.

SOMER CANON: Well, my releases are limited at this point. I have a novella, “Vicki Beautiful,” which came out in May of 2016. It’s my most well-noticed work as it came out with Samhain Publishing before they closed their horror line. Not to be biased, but it’s a pretty nifty story that really pokes and prods at the loyalty and love between friends. Would you really do anything for them?

I also have a Halloween-themed short story titled Mischief that’s available on Amazon and I contributed to a fractured fairy tale anthology titled “After the Happily Ever After.” It’s also available at online retailers now.

TM: What seriously messed up moment in your life made you want to become a horror author?

SC: I’ve seen my fair share of the messed up, but really, what made me a horror fan was that my grandma and my mom turned me on to it. They’re both big horror fans and if you wanted to spend time with them, your butt was going to be watching scary stuff. I was never censored from watching horror, gore, and violence as a child. Censorship, to those women, was for sex, not horror. I’ve been told that is messed up, so there you go. That’s what turned me from a round, rosy, cherubic child into a creature of the underworld. 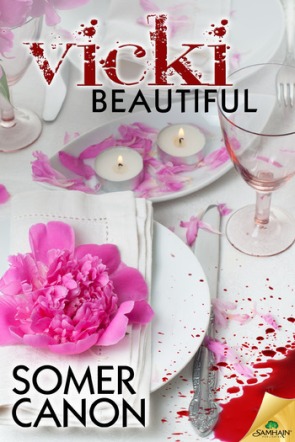 TM: Do you prefer writing shorter works or full-length novels?

SC: I’ve found that novellas are my sweet spot when it comes to storytelling. That’s not to say I haven’t squeezed a full lengther out of myself, but I am cursed with a proclivity towards a stinginess with words, I suppose.

In all seriousness, I’m a fan of the novella. In this life, we are pushed towards making sure that we tick off so many accomplishments in our lives. It’s so important to feel like you’ve completed something and for me, I count reading and finishing a book an accomplishment. For certain, that happens faster with novellas. Petty maybe, but as a reader at least it keeps me moving forward.

TM: Name some writers who have influenced your work.

SC: Stephen King, always. I grew up reading various horror paperbacks gotten by my grandma from yard sales, so there were an awful lot of authors that don’t have a lot of name recognition these days. I love Charlaine Harris and Kim Harrison and Chelsea Quinn Yarbro. I found these ladies as an adult and they really helped push me into admitting that I simply wasn’t going to be okay with my life until I gave this whole author thing a try. They crafted series and characters that got under my skin and it ended up inspiring me to want to be like them.

TM: Was there a particular horror film/book that impacted you as a writer? You can have more than one!

SC: I was in the third grade when I started flipping through those old paperbacks of my grandma’s and the first one that scared the bejabbers out of me was a book titled “The Haunting” by Ruby Jean Jensen. I still have that paperback. It has masking tape on the spine and you can barely read the cover, but that book had a major impact on me. “The Amityville Horror” reminded me what having the bejabbers scared out of me felt like when I was about thirteen and I’ve been screaming at my friends for decades about the book being a much better experience than any of the movies.

Now horror movies were in constant supply and rotation in my house, but one that sticks out for me, simply because of its massive B movie “weird” factor is a movie called “The Devil’s Daughter,” a movie written by Dario Argento. We got it when a local video rental store went out of business and my brother and I watched it constantly. I have one childhood friend still scarred by a particular scene of a devil bug going into a sleeping Kelly Curtis’ nose.

TM: What’s your writing process like? Do you outline?

SC: I’m a pantser. I have notebooks stashed all over the house and one main Idea Book. Ideas get jotted down and the better ones make it to the main book. Sometimes the idea is delicious enough for me to start fleshing out thematically, but the story comes to me as I’m typing it out. I carry my laptop with me to the most comfortable room and I get it out. I try to write every day but I have two young kids so this is a part time gig for the moment. 1,000 words a day is my goal.

TM: What do you love about writing?

SC: I love how “into” it I get. There are characters that I’ve written who are almost like real people they mean so much to me. There’s one instance where in one of my novellas (not yet published), I wrote a character who was originally slated to meet a gruesome end and I became so attached to this person that I couldn’t bear to do it and instead made this character my hero. I’ve also written characters who were so vile and sickening that I hated starting chapters where I knew they were going to show up. It’s different than the one the reader experiences, but I end up on a journey with each work, sometimes with an idea of where I’m going and sometimes not. It’s fun!

TM: What do you enjoy about the horror genre?

SC: I love how it’s not-so-secretly this really deep study in human nature. By creating characters and making the reader get to know them and relate to them and then dropping them in really messed up situations, we learn about the human beast. Also, monsters. I love monsters.

TM: Do you have any advice for aspiring writers?

SC: Don’t look too closely at others. Be you, do you, and keep writing. And for heaven’s sake, be nice to the other writers. Unless they started it.

TM: What does “Women in Horror Month” mean to you?

SC: It means that the contributions of the women in the genre are seen as meaningful to more than just the other women. It means that we’re welcome to play in the monster pit with everyone else.

TM: What’s next on the writing agenda?

SC: I’ve got four works out on submission to three different publishers and I’m just finishing another novel that will tie in with two of those. After that, it’s more writing. I’ve got to keep on keepin’ on or else why the hell even bother?

TM: Thanks for stopping by, Somer!

SC: Thank you so much for having me, Tim!

Somer Canon is a minivan revving suburban mother who avoids her neighbors for fear of being found out as a weirdo.  When she’s not peering out of her windows, she’s consuming books, movies, and video games that sate her need for blood, gore, and things that disturb her mother.

Vicki Beautiful is her debut novella.

Find out more about Somer and her upcoming works at her website http://www.somercanon.com. You can also connect with Somer on Twitter: www.twitter.com/SomerM. 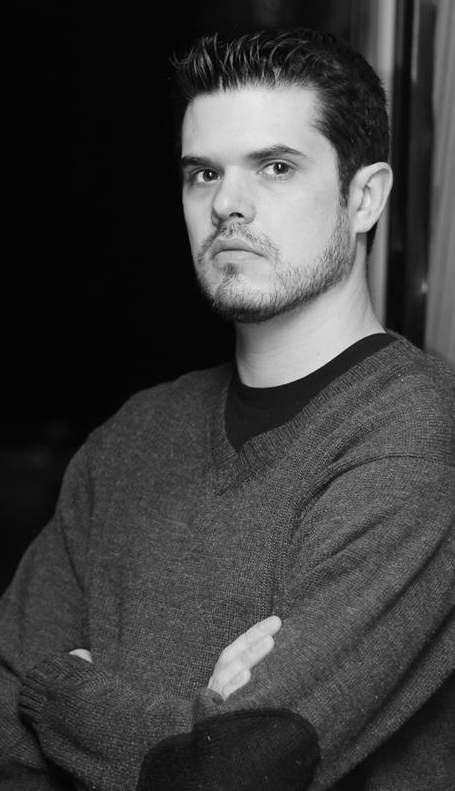