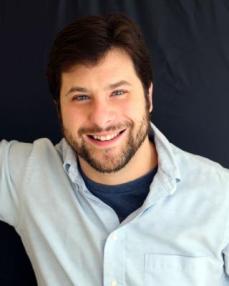 This past week, I had the opportunity to interview author Ronald Malfi, a modern master of dark fiction, a wizard of words, and karaoke rockstar. Not to mention, he’s a heck of a nice guy. At Scares That Care III back in July, I got to spend some time with Mr. Malfi, and he was the coolest. I consider him one of my author heroes and getting a chance to chat and talk book stuff with him was an amazing experience.

His new novel, The Night Parade, is out now through Kensington. I’ll put the Amazon link here, but it’s available wherever books are sold. If you haven’t had the chance to grab it yet, don’t waste another second! It’s a real treat. I’ve enjoyed all of Malfi’s books, but this might be my very favorite.

Ronald Malfi: Thanks for the kind words, man. So glad you enjoyed it. The book is about a father, David, and his eight-year-old daughter, Ellie, on the run from the government during the final stages of a disease outbreak that has decimated the world. Ellie is special, and she just might be the key to the cure for the disease, Wanderer’s Folly.

TM: Wanderer’s Folly is an original, wish-I-had-thought-of-it-first take on an apocalyptic plague. Was there any particular event or story that sparked the notion, or did you wake up one morning in a cold sweat and shout, “IDEA!”?

RM: The concept sort of creeped up on me. The original concept was to have the children of the world become hosts to a disease that would kill their parents. I knew I wanted to tell a story about the relationship between a parent and their child when the child is toxic to the parent, and how that relationship progresses. But there were complications with that original idea, and things about that I didn’t like, so it sort of morphed into the version of Wanderer’s Folly in the book. Ellie is such a pragmatic, adult-like child, and I thought the symptoms of the Folly—the daydreams, hallucinations, ultimate madness—were a nice juxtaposition to her practical nature. Plus, the disease itself afforded a lot of opportunity to have some fun with it, and to illustrate its effects in some creepy scenes.

TM: David Arlen, our main protagonist, has a lot of bad things happen to him. One of your many strengths is your ability to hurl multiple obstacles at your characters in a way that’s natural to the story. It makes for great characterization. Do you plot these conflicts before you begin writing, or do they come organically as you go?

RM: I’m not a plot-oriented writer. I very rarely plot, opting instead for the more organic, seat-of-my-pants approach. If I plot a story, I get quickly bored with it and ultimately never write it. With this novel, and the particular structure of it, I was lucky to have the opening scene jump into my head and a very rough idea of where I thought the story should go, and I just sat down and started writing it. The things that happen to David in the novel occur out of an organic extension of the scenes and the storyline themselves. Some of them even surprised me as I was writing.

TM: Do you normally outline or wing it? Why do you prefer one method over the other?

RM: I wing it. There was only one novel that I plotted out, a crime drama called Shamrock Alley. The story required it, since it was based loosely on a true story—an investigation my father conducted while with the Secret Service. We sort of wrote it together—I’d write a few chapters and have him go over them for accuracy and to legitimize some of the dialogue—so an outline was necessary. But it’s a tedious process and, for me, makes it difficult to really immerse myself in the writing of a novel. I felt like I was constantly being driven instead of doing the driving.

TM: One of my favorite scenes in The Night Parade is the ice cream man scene. I’m not sure if the atmosphere or the way it was written was responsible, but it worked. What are the main ingredients for crafting a memorable scene?

RM: In truth, I think sometimes you just lucky. So many people have commented on that ice cream man scene that I can confirm its effect on some readers, which is great. But the scene wasn’t necessarily written in any specific way that was different from the rest of the book, or from anything else I write. In The Night Parade, I use a lot of ordinary things and skew them a bit to make them unsettling, which served the disease and how the disease progresses throughout society. The ice cream man, and the paper plates, too—the masks worn by some of the people throughout the book. Simple items that, taken slightly out of context, are suddenly eerie and unsettling.

RM: Every time I complete a novel, I think it’s my best work. Maybe that is because it is, or maybe just because it’s still so fresh and ingrained in me so that it seems so authentic and true. David and Ellie Arlen from The Night Parade are among some of my favorites. Others would be Travis Glasgow from Floating Staircase and Angie Mazzone from December Park—Angie in particular. December Park was probably my most autobiographical novel, and Angie is a fairly unmasked version of myself. Those are probably my personal favorites.

TM: In addition to being a phenomenal writer, you’re also a musician. Which sounds better – Author Ronald Malfi or Ronald Malfi, Rock God?

RM: Why do I have to choose? Let me be both!

RM: I think it probably all comes from the same wellspring. I have found that playing music lately has helped alleviate any pressure—and any writer’s block—I might have been suffering with my writing. I’ve never been the type of person to just have one creative outlet. I’ve always loved music, writing, filmmaking, drawing—all that stuff. I think they each tend to inform and compliment the others.

TM: A few writers, classic or contemporary, who have influenced you?

RM: I have to say Stephen King, right? But it’s true. I wrote my first “story” when I was a kid, after reading his novel Eyes of the Dragon, and never stopped. The books he wrote in the early part of his career are just breathtaking. As I got older, I fell in love with Peter Straub’s work. And Ernest Hemingway, too. I know people either hate or love Hemingway, and I think he’s fantastic. My favorite novel is probably The Sun Also Rises, and I’ve read it maybe six times.

TM: Have you read anything lately that’s blown your socks off?!?!

RM: I’m halfway through Paul Tremblay’s Disappearance at Devil’s Rock, and enjoying it quite a bit. I loved his novel A Head Full of Ghosts last year. A few weeks ago I was a guest author at the Scares That Care Weekend in Gettysburg, a wonderful event with a good cause, and I grabbed a bunch of books from fellow authors. I was particularly impressed with John Urbancik’s InkStains project. Also, I’ve recently read a few novellas by Philip Fracassi, Altar and Mother, and thought they were both wonderful.

RM: I’m currently touring in support of The Night Parade, and I owe a few short stories to anthologies, which I fear I am already delinquent in turning in. There may be some film news to a pass along, maybe in the early part of next year, but nothing more I can say about that. Otherwise, I’ve already turned in my newest manuscript to my editor and will take some time to think about what I’d like to do next.

TM: Thanks for your time, man. Good luck and keep giving us quality reads to put in our brains!